Thanks for dropping in... Happy 2020 Everyone!
May this be the year when we realize the interconnectedness of all things. Where we see past the crazy and into the true. Where we treasure the tiny things. This January 19th morning 2020, I had planned to attend the big St.Antoni festivities where everyone brings their animals to the local church for a blessing. Horses, dogs, chickens, cats, ferrets, etc. It's quite an event. Alas- big rains have cancelled things. So, instead I thought I will honour some of the animals in my last album 'Hunger Made You Brave'. A robin, a wolf, a fox, a bear, and a few others all come together in the songs and story. To give them a wider life I'm offering the cd and booklet for just 10 euro (plus postage)until the end of January. If you want a copy- message me and we will make it happen. xo WM

Next Tuesday the 19th we're going to be premiering the new video for The Binding of Fenrir! In Valencia we are having a special little party at Cafe de las Horas where we shot the video. It'll be from 10pm- midnight (Central European Standard Time) We'll be streaming some of it live on FB and Instagram if you'd like to join in.

still from The Binding of Fenrir video

Such a beautiful time at KalternPop Festival. Here's a little glimpse of one of my favourite moments. A matinee show in an old ballroom on a mountain top. Such a Common Bird has never sounded better. Featuring Guy Fowler on Bass and members of Stargaze on strings.

The Bardentreffen Festival was definitely a musical highlight of the summer! The BEST audience/choir of singers for 'The Sad Sssad Story of Rosa Rabbit and Sasha Snake'. Check out this little glimpse of our pre song preparation...

July has been fabulous so far. We shot the new video for The Binding of Fenrir!
More on that soon. Now-we're off to play a few shows in Germany and a quick one in Switzerland too. This festival in Nürnberg looks like it's going to be aMAZIng!

In ‘The Robin’s Request’ a Robin explores the cycle of life and death from a bird’s eye view with a little help from its ancestors and Albert Einstein. The Robin is one of many characters that help to narrate the tale/ album ‘Hunger Made You Brave’

“Red is flame- strength and danger / Red is blood and the help of strangers / Red is cunning- fur on fox, love of mother, sparks on rocks / Red will come through feathered songs And help those who listen carry on...” From HMYB

Many things in the works at the moment, but the most exciting is the new album 'Hunger Made You Brave' which would not have seen the light without the help the fab Swedish label Startracks** 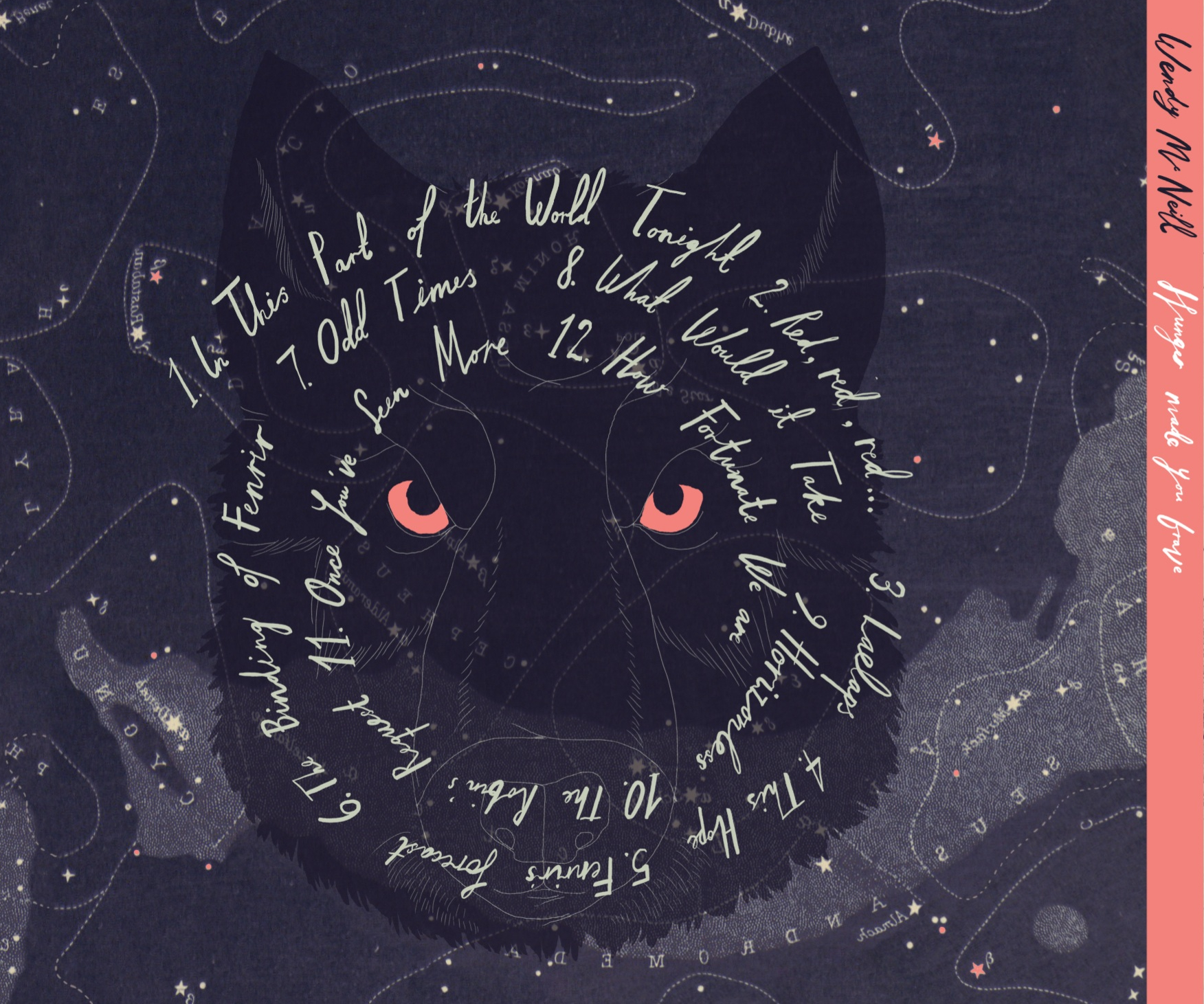 such a common bird

By signing up you agree to receive news and offers from Wendy McNeill. You can unsubscribe at any time. For more details see the privacy policy.